Despite spending the past few weeks playing a key role in Australia reaching the Four Nations final, prop Matt Scott has made it clear the first call he makes when returns home will be to officials atÃ‚Â North Queensland in order to discuss his new contract. The Cowboys co-captain is out of contract at the end of the 2017, and Scott is keen to ensure he retires from the game as a one-club man. Set to enter his 14th season in the NRL since making his debut for North Queensland in 2004, the Longreach-bornÃ‚Â forward certainly doesn’t look to be ready to hang up his boots just yet.

Now 31, Scott will be under no illusions that the next contract he signs could be his last in the NRL, meaning the Kangaroos’ star will be keen to ensure he at least matches the deal he signed in 2013, rumored to be more than $500,000 a year. With over 230 appearances for the Cowboys to his name, Scott has become synonymous with the club he joined as an 18-year old, and both parties are believed to be keen on ensuring the two-time Club Player and Player’s Player of the season remains in North Queensland. 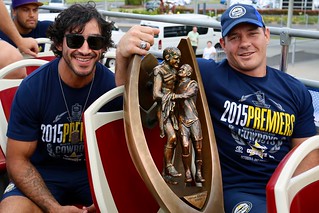 While the Cowboys are being tipped by many as potential Grand Final winners in 2017, with betting odds of around 8/1 with the bookmakers, the 2015 champions know next season will be important for a number of reasons. As well as bouncing back from last year’s painful loss in the preliminary finals last season, the club also need to address a string of high profile players whose contracts are set to expire at the end of the campaign. As well as the $500,000 a year the Cowboys will require to keep Scott in Townsville, there are other players coming to the end of their deals that will cost significantly more than the prop to tie down.

Jason TaumaloloÃ‚Â looks set to earn a contract worth more than $1 million a year, and there is also the small matter of the 12 month extension of the huge contract Johnathan Thurston looks set to trigger next year. In order to relieve some stress on the club’s salary cap, Scott’s long-time front-row partner James TamouÃ‚Â has been allowed to move to the Penrith Panthers and nearer his family, although there may be other players moved on between now and the end of the 2017 campaign. 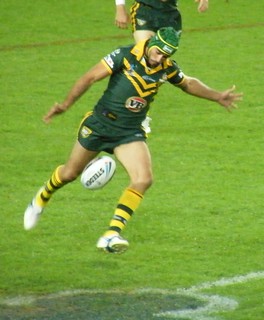 Set to turn 32 in July, Scott intends to play on for at least another two seasons, pointing to the adapted training regime he has been undertaking ever since the run of serious injuries that plagued him during the early stages of his career. While it’s clear his first choice would be to remain in North Queensland and end his career as a Cowboy, it shouldn’t come as a surprise if we see Scott make a late-career move and end his time in the NRL playing for another club. Despite his legendary status in Townsville, the franchise may feel as though they have other positions they need to focus their stretched budget.