Cronulla Sharks: set to beat the Melbourne Storm this year?

The business end of the NRL season is fast approaching and it looks like a two-horse race between the Cronulla Sharks and current league leaders Melbourne Storm at the top of the table. As of August 30th, Cronulla are sat just one point behind Melbourne but the two sides are due to go toe-to-toe on September 3rd in what may be a defining encounter ahead of the playoffs. 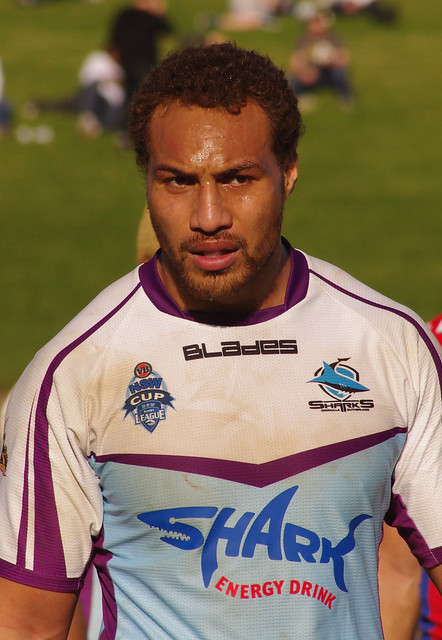 Melbourne have been phenomenal for the most part of the campaign, winning 18 of their 23 fixtures whilst scoring 537 points in the process. However, the StormÃ¢â‚¬â„¢s stern defending is perhaps the biggest reason for their dominance so far – they have conceded just 296 points at an average of 12.9 points per game. At the end of the day, defence wins championships and that is why Melbourne are looking hot as the postseason draws closer.

But offensively, the Cronulla Sharks have been much better than their arch-rivals. In fact, they have scored 574 points – only the Canberra Raiders have racked up a higher tally. An 18-18 draw against Jarryd Payne and the Gold Coast Titans at the beginning of August is the only reason why they are sat behind Melbourne right now.

There is rarelyÃ‚Â a perfect day on which to play one of your closest rivals but this fixture is definitely coming at a good time for the Storm. Not only do Melbourne have home advantage against their opponents but Cronulla have won just one of their last five NRL matches – and they will find it very difficult against a Storm side that has won three in the same timeframe.

Both sides are struggling for form right now but Melbourne will be confident of getting the job done and with good reason. The likes of Billy Slater, Cameron Smith and Cooper Cronk are all fantastic rugby players and their experience and advice to the younger members of the Storm squad will be crucial to their chances against Cronulla and in the playoffs.

Furthermore, Suliasi Vunivalu is a potent threat and the Sharks will have to be at their best to stop him from getting his name on the scoreboard. When Vunivalu scores, Melbourne usually emerge victorious and he will be desperate to extend his lead at the top of the NRL try scoring charts. At the time of writing, Melbourne are 3/1 to win the NRL title in Bet365Ã¢â‚¬â„¢s rugby league oddsÃ‚Â markets and punters will fancy Vunivalu to fire the Storm to glory.

This weekend, Melbourne face their toughest test yet. Cronulla are an even match for the Storm and it is sure to be a very competitive encounter between two of the best league sides in world rugby. Only time will tell but whoever emerges victorious could go on to win the title – and that is why the Sharks will be looking to earn a shock win and change the momentum ahead of the postseason.