While the recent revelation that Newcastle Knights star Jarrod Mullen has failed a drug test has been a huge blow to the franchise ahead of the new NRL season, there has been a silver lining for a team that have finished at the bottom of the ladder two seasons in a row. As head coach Nathan Brown looks to build a squad capable of upsetting the odds in 2017, he could find himself with more than $1 million dollars with which to play with. Already $500,000 under the salary cap, that budget is set to be bolstered by another $600,000 if Mullen’s contract is torn up after testing positive for prohibited substance Drostanolone. 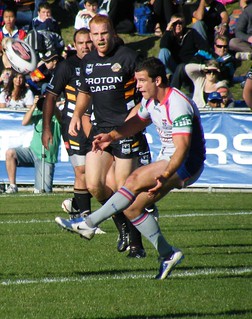 With the veteran playmaker now facing the prospect of a career-ending four-year ban, the Knights could take this opportunity to invest heavily in the future as well as assembling a team capable of challenging for a top-half finish this year. While a large chunk of salary cap space had been set aside for North Queensland youngster KaylnÃ‚Â PongaÃ‚Â just in case he was released by Cowboys a year before his contract runs out – something that now seems unlikely – there are a number of names that could instead be targeted, as well as some that would have previously been impossible.

One player that could be on his way to Newcastle during the offseason could be CronullaÃ‚Â Origin star Jaconek Bird, who the Knights have been looking at and could now launch an ambitious bid to sign a key member of last season’s premiers. It remains to be seen as to just how busy the Newcastle management will be between now and the start of the new NRL campaign, but the Knights current 250/1 betting odds to win the Grand Final might significantly shorten over the next couple of months.

With Mullen’s lucrative contract worth $750,000 per seasonÃ‚Â set to be terminated two years early if he is indeed banned, the Knights’ coffers have swelledÃ‚Â even further following Korbin Sims’ decision to sign with the Brisbane Broncos after four years at the McDonald Jones Stadium. With head coach Brown and general manager Darren Mooney putting together a strategy that brings success both in the long term and the short term, it’s clear the duo have plenty of work to do. While much of the focus has been on clearing up salary cap space in order to be able to target a number of marquee players in 2018, that’s not to say recent developments won’t tempt the club to make some big moves this summer. 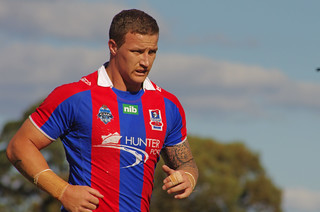 There is also the small matter of the Knights having 19 members of their own squad nearing the end of their current contracts, and the team that lines up in 2018 could look a lot different to the one that starts this season. In terms of the immediate future, though, don’t be surprised if the league strugglers are able to lure a number of big-name players make the move to the Knights now that the club find themselves with a decent chunk of salary cap burning a hole in their books.