Despite the fact his return to the South Sydney RabbitohsÃ‚Â still hasn’t officially been sanctioned, Sam Burgess will make his return to rugby league in February’s NRL All-Stars game. The Englishman is expected to rejoin the NRL team just a year after leaving to make the move to rugby union with Bath.

Despite his high-profile switch in codes, Burgess delighted Souths fans in early November by announcing he would be ending his time in the 15-man game and returning Down Under with the Rabbitohs. With theÃ‚Â NRL has still yet to ratify his move, though, the Souths have still not been given the go-ahead to unveil Burgess. The All-Stars game will now be the first chance Australian fans get to see the powerful England international since his return.

Having joined Bath amid so much fanfare and excitement, Burgess’ time in rugby union ended with him being made something of a scapegoat for England’s dismal World Cup showing earlier this year. While the former Bradford Bulls man was first viewed as being an ideal centre in the 15-man game, the World Cup ended up coming far too soon for a player still learning the game.

Just one year into his three-year deal with Bath, Burgess decided that union wasn’t for him and he’ll now return to a game where he is viewed as one of the world’s best players rather than an elephant in the room, re-joining brothers George and Thomas at South Sydney. 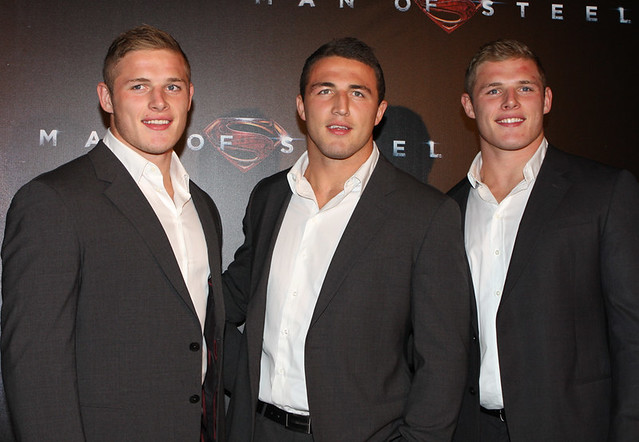 Burgess had recently been in something close to limbo after the NRL refused to sanction his new contract with South Sydney until the club brought their wage bill under the salary cap. That looks to have changed now, though, withÃ‚Â Chris McQueen’s move to the Gold CoastÃ‚Â seemingly opening the door for Burgess to have his return ratified by the NRL.

The former Queensland State of Origin back-rower will link up with the Titans after being granted an immediate release, ending McQueen’sÃ‚Â six-year spell with a club he made 117 NRL appearances for, including playing an important role in the SouthsÃ‚Â memorable grand final victory in 2014.

But before Rabbitohs fans get to see Burgess back in the green and red, the 27-year-old will turn out for the World All Stars team for their clash against the Indigenous All Stars at the Suncorp Stadium in February. It will be his second appearance in the fixture. Burgess will link up with a World All Stars line-up made up of players from Australia, New Zealand, England, Wales, Fiji, Samoa and Papua New Guinea, captained by Melbourne Storm skipper Cameron Smith. After a lengthy break from competitive action, the All Stars game will be Burgess’ first chance to show the rugby league world what they’ve been missing.

The Englishman secured himself in SouthsÃ‚Â folklore with his heroic performance in the club’s 2014 Grand Final, capping off his four-year stay with the club in sensational fashion. Having racked up almost 100 NRL appearances for the Souths during his first spell at the club, and his return has resulted in the club’sÃ‚Â title odds shortening to around 17/2 with bet365 and other bookmakers at the time of writing. It remains to be seen whether Burgess can pick up from where he left off, but the excitement surrounding the prodigal son’s return has certainly helped the club move on from a disappointing 2015 campaign.