The Manly Sea Eagles could be set to bolster their back-row options with a surprise move that would see Tony Williams return to the club three years after moving to Canterbury. Currently out-of-favour under Des Hasler, the Bulldogs are believed to be open to allowing the 27-year-old to leave them and re-join a struggling Sea Eagles outfit. Having fallen down theÃ‚Â pecking order at the ANZ, Williams has been forced to gain playing time in the Intrust Super Premiership, and the former Australia international will be desperate to get back to regular senior rugby.

If they can get the former NSW back-rower for a reasonable price, Williams would be the perfect signing for a team that desperately need their pack bolstering. On the back of a disappointing 2015 campaign, Manly’s fortunes haven’t drastically improved this year. Currently 12th in the NRL ladder with just four wins from their opening 11 games, the Sea Eagles know they need to start putting together a string of wins if they are going to secure a return to the finals this season. 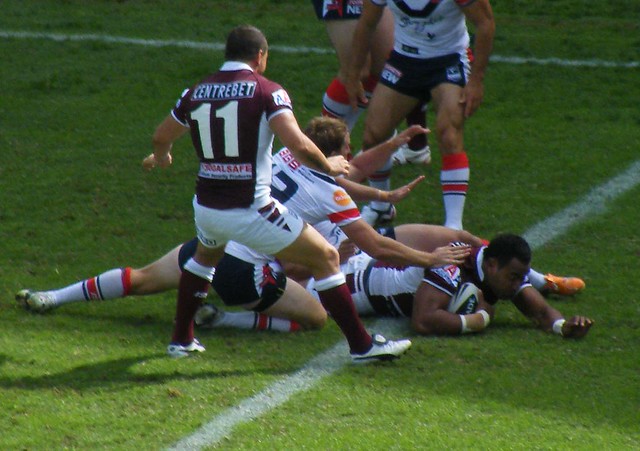 StillÃ‚Â boasting odds of 28/1 with some bookmakers, signing Williams could end up helping to reward those gamblers who still believe the Sea Eagles have a chance of going all the way. While the forward hasn’t been at his best over the past couple of seasons, Williams has proven throughout his career that he is an exceptionally capable player in this league. Having started his professional career as a winger with Parramatta, a move to Manly and a change in position saw Williams flourish in the NRL, making theÃ‚Â lucrative move to CanterburyÃ‚Â in 2013.

Following an impressive start to life as a Bulldog, T-Rex has failed to produce his best form during his time with Canterbury, resulting in the former international dropping into the club’s reserve grade team. Not helped by the sizeable contract they handed to Williams following his move from the Sea Eagles, Canterbury know they will probably have to come to an agreement to pay the forward’s contract or include another player in any deal before the June 30 transfer deadline. 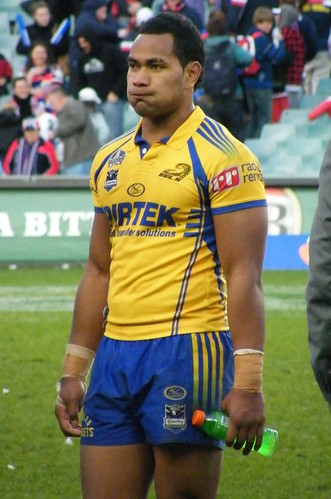 The explosive big man established himself as a real crowd favourite during his time on the northern beaches, scoring 35 tries in 73 appearances for Manly, and his return would certainly go down well with a fan-base that desperately needs a lift. Capable of playing in a number of positions, Williams would add pace, power and options to a squad that is already beginning to look beleaguered.

Currently on course to finish in the top eight for the fifth straight season, the Bulldogs have looked genuine title contenders this year. Since dropping Williams, Hasler’s men recorded impressive back-to-back wins over the Tigers and the Sydney Roosters, and it’s hard to see how the out-of-favour back-row would be able to work his way into the starting 13 if he stayed.
While the forward has played nine games for the Bulldogs this season, Canterbury have more than enough options to be able to allow Williams to leave the ANZ.